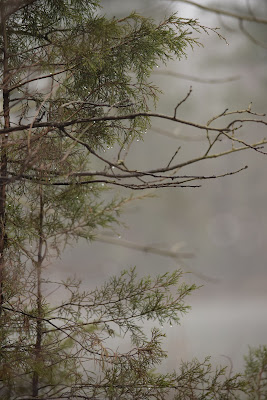 Yesterday afternoon, I got the chance to chase some fog photos, which my crazy mentor Al D had to work instead of chasing the photo opportunities to get photos of the fog.

When I got off work yesterday, I had noticed that there was dense fog advisory for our area and decided to take action and get out to take photographs of it.Yesterday afternoon the humidity was at 100% and it was very interesting to photograph the fog after and in between rain storms which I did. I think Al D needs to get his stuff together and do better at his fog photography and capture what I did. 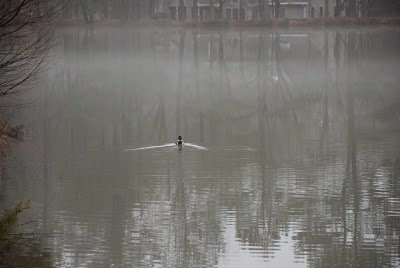 The fog was very dense and I enjoyed walking and taking photos of it and of course I get to make fun of my mento today since he did not get any fog pictures.  Too Bad Al D!!  But I did.. So you get to be made fun of on my blog. The weather so far has been very interesting so far for 2018.. Previously two snow storms in January .

The groundhog,  in Raleigh did not see his shadow on ground hog day this year, so we get an earlier spring this year compared to his cousin up north where he saw his shadow and they have six more weeks of winter than here in the south.  This week its supposed to be near 70 degrees and above this week like summer weather for February.

Have a great rest of you're week and stayed tuned for more post and to you Al D, I am going to keep making fun of you on my blog.