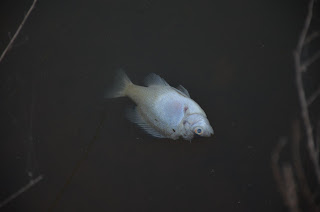 
At the beginning of last week I noticed two dead fish and later in the week more had died because of this mess called blue algae and blue algae is common in ponds and lakes during summer. 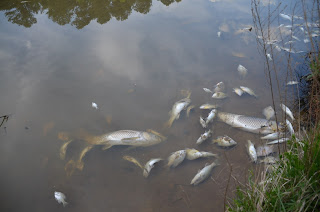 The smell of the dead fish was horrifying and very stinky. I could not believe how stinky dead fish acutely smelled. I was very shocked with all the fish around the pond.  This is probably the biggest fish kill I have ever seen.

The water turtles we have in our pond here, do not eat blue algae instead the breathe oxygen and go back in the water and come back out again.

A few days later people from where we got these fish came out and started collecting all the dead fish which are gone now. 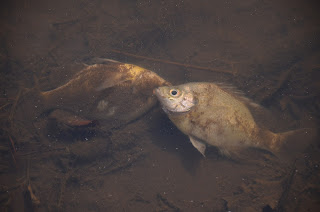 Hopefully this never happens again in my neighborhood pond.